Who does not enjoy reading Japanese comics? Teens are obsessed with cute romance mangas that drive their interests. In addition, not all comics have good artwork. Since you are reading a comic, aesthetics are more important than its content. Even though the quote “Do not judge a book by its cover” highly inspires us, we tend to do exactly that. So, we took our time to research and gather the best romance manga with good art.

If you’re disappointed that Mangastream is gone, check out the alternatives of this service.

Manga’s are comics that originated and were written in Japan. They have pages of action-packed characters digitally drawn and implemented into a thrilling story. It is enjoyed not only in the land of Japan, but lots of people all around the world love reading manga’s. After Marvel’s and DC’s comics, manga’s come the next in popularity. You can purchase a pdf copy from the internet, or you can order a physical copy from any of various sources. Moreover, I recommend you to read the physical copy, which gives you the traditional feeling of reading a comic.

We managed to gather 11 distinct mangas that might catch your interest. Read the brief plot about them and choose one from this wholesome romance manga recommendations.

See also: How To Stream Netflix On Discord And Watch With Friends | 2022

Naoto Yanagi and Mikoto Kujo are opposites. Mikoto is impoverished, practical, and uninterested, but Naoto is wealthy, clever, and appealing. Naoto has never lost to anyone since he was a child, but that changes when he meets Mikoto. This sparks a one-sided rivalry between them, with Naoto challenging Mikoto in every way to overcome her. Despite consistently losing to Mikoto, Naoto refuses to accept defeat. He follows her from middle school to college, where he presents a final challenge – a “Last Game” to determine who is the ultimate winner.

It is considered the most popular and one of the best romance manga with good art.

Kyoko Hori is a brilliant and popular student at her school. But the real her is a homebody who doesn’t dress up and is constantly preoccupied with her little brother, Souta. At school, Izumi Miyamura is a gloomy bespectacled nerd. Still, he’s a young punk with nine piercings and numerous tattoos.

They discover each other’s true identities outside of school when Izumi drives Souta home. Both agree to keep each other’s secrets private, and they become closer as they learn more about one another. Seems like an interesting plot, doesn’t it? If you are looking forward to having fun amidst feeling the romance between these two characters, Horimiya is the one.

Ninako Kinoshita had never experienced love until she met the popular Ren Ichinose. Although Ninako has feelings for Ren, she is aware that they cannot be together because he is already seeing Mayuka Korenaga.

However, a series of events involving Ninako, Ren, Mayuka, and Takumi Ando (Ren’s best friend) causes Ren and Mayuka to split up. It resulted in a love triangle between Ninako and the two guys. Strobe Edge is a young adult romance that depicts the challenges of individuals involved in a love triangle and encourages us to be honest and fearless about our emotions.

Hiyokoi tells the story of Hiyori Nishiyama, a short 15-year-old girl who has stopped growing taller due to an accident. Hiyori returns to high school after being released from the hospital and befriends Yuushin Hirose, who towers over her at 190cm. They become closer following an incident in which Yuushin assists Hiyori.

This is the narrative of a girl who adjusts to high school life, meets new people, and falls in love with her soulmate.

There are many reasons this is the best romance manga with good art.

Tsubaki Hibino is an excellent hairstylist, but she is too bashful to style her hair at first. As a result of her outmoded appearance, she is mocked at school. When the popular Kyouta Tsubaki makes fun of her looks, she chops his hair in rebellion. Kyouta intrigued, continues to pursue her.

Despite Tsubaki’s attempts to rebuff all of his advances, they eventually fall in love. However, there is a problem: Kyouta has commitment concerns due to previous betrayals. Tsubaki and Kyouta’s journey is depicted in the novel, including falling in love, overcoming prior trauma, overcoming difficulties such as love rivals, having a long-distance relationship in college, and finally having their own happily ever after.

The main character, Erika Shinohara, badly wants to make friends in high school. She lies about having a boyfriend to fit in because all the females in her circle are in a relationship. Erika takes a picture of a stranger on the street and tells her friends that he’s her boyfriend to make her claims more credible.

Much to her amazement and fear, he turns out to be Kyoya Sata, the most popular boy in their school. Erika wants Kyoya to play the role of her phony lover to keep her lies hidden. Erika realizes that Kyoya isn’t the flawless “prince” everyone thinks he is as they act like a couple. He’s cynical, arrogant, and sarcastic. Erika and Kyoya fall in love and become a true relationship despite beginning as a pretend couple with radically different characteristics. They influence each other to mature and grow as individuals.

The manga follows them as a pair through their high school years and into adulthood. Overcoming obstacles such as love rivals, misunderstandings, jealousy, and the issues that a long-distance relationship entails.

Yuki Machida, the main character, is a second-year high school student and the basketball team manager. Kido, the basketball captain, is her unrequited love. Sho Naruse, a first-year student, discovers this one day. Naruse repeatedly riles Yuki after joining the basketball squad to grab her attention. Then she pledges to win Kido’s heart after learning of Yuki’s feelings for her and thus begins his pursuit of her throughout high school.

Teru’s older brother died, leaving Teru, 16, with only a cell phone that connected her to someone named “Daisy.” Daisy is whom her brother stated would look after her instead. Through their chats, “Daisy” becomes Teru’s pillar of support and source of strength.

Teru is forced to work for the nasty and surly 24-year-old school janitor Tasuku Kurosaki when she accidentally damages a school window. He begins to fall in love with Kurosaki as she works for him and finds he isn’t as horrible as she first assumed. Teru suspects “Daisy’s” true identity and believes “Daisy” and Kurosaki are the same person. Kurosaki loves Teru, but he refuses to confess it since he feels responsible for her brother’s death.

Dengeki Daisy is the best romance manga with good art. It is one of its kind. I highly recommend you get yourself some copies before they stop printing.

Risa Koizumi is taller than a normal girl, standing at 172cm. At the same time, Atsushi Otani, who stands 156cm tall, is shorter than the average Japanese boy. Because of their height disparity, both are frequently placed together in their school as a comedy team.

Risa has a crush on Ryouji Suzuki, and Atsushi has a thing for Chiharu Tanaka. Risa and Atsushi decide to assist each other in dealing with their crushes. Nonetheless, Ryouji and Chiharu end up dating each other. Even though they couldn’t get together with their crushes, Risa and Atsushi became considerably closer than before. Risa develops feelings for Atsushi and eventually confesses to him. Atsushi rejects her, still unsure of his feelings and concerned about their height disparity.

Following a sequence of incidents that bring Risa and Atsushi closer together, Atsushi sets aside his height problem to begin dating Risa.

Hotaru, a high school student, hasn’t been in love but wants to find out what love is. After seeing her friends start dating, she wants to try it for herself. Shinri, the most popular and attractive student at school, claims he would teach her. Through dating experiments, they discover what love is. Tanbarun’s herbalist, Shirayuki, has gorgeous and unusual red hair. This draws undesired attention from Tanbarun’s egotistical prince, Raji Shenazard. Raji approaches her and invites her to be his concubine. Shirayuki chops off her beautiful red hair and flees overnight, refusing to become his concubine.

While fleeing, she meets Zen Wistalia, the second prince of Clarines, a nearby country. When Raji delivers a poisoned apple to Shirayuki in an attempt to catch her, Zen becomes poisoned, and Shirayuki must utilize her herbal knowledge to heal him. 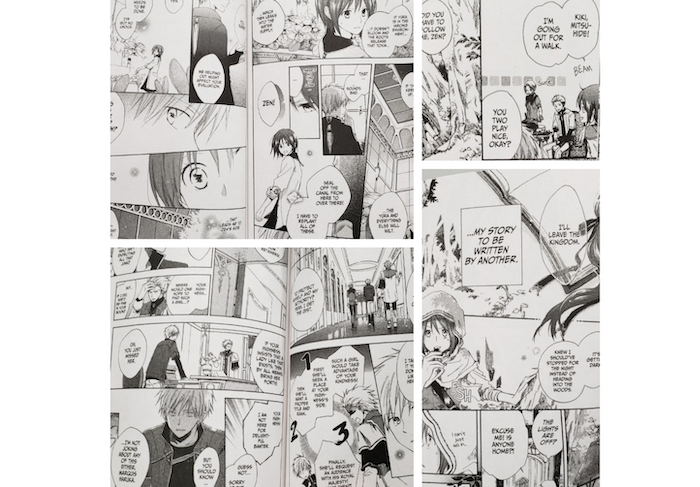 Shirayuki arrives at Clarines with Zen’s associates, Mitsuhide and Kiki, and resolves to join the royal court’s physician. Finally, as Zen and Shirayuki get closer and fall in love, they must work together to attain their goals and stay together.

Finally, the list of Japanese mangas has come to an end. Therefore, we hope you have found your best romance manga with good art.

What is a shojo mean?

Shōjo, the Japanese word for 'young girl,' is often romanized as shojo (without a macron) or shoujo (with a letter u in the word).

Is Noragami a romance?

While Noragami is mostly an adventure comedy, it does contain a romance component. The anime is about a god who wishes to get more followers. While romance is not the program's primary focus, fans claim that the romance in this show is better written than in other romance shows.

What is the most successful manga?

'One Piece' was the world's best-selling manga series, selling 454 million copies worldwide. It was written and illustrated by Japanese artist Eiichiro Oda in September 2019.

In conclusion, the list above is considered great mangas from the Japanese comic industry. From the 11 titles, you can choose the best romance manga with good art yourself. Pick whatever caught your pupils and start reading the top romance manga today. Moreover, you can use these 2D animation softwares to create your own Romance Mangas that people will love.

Finally, we hope we were of good use to you today. Thank you for checking out our post!